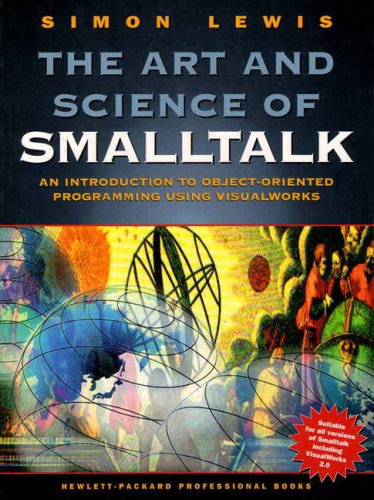 The Art and Science of Smalltalk
by Simon Lewis

Description:
This highly readable and practical book provides an effective introduction to programming in Smalltalk, and explains the most efficient ways to think about and work with the system. The book aims to demystify the transition from conventional programming to programming with Smalltalk. It includes a step-by-step guide, taking the reader through the basics, via object-oriented programming with Smalltalk language and its development environment, right up to designing, coding and debugging your own programs.

Computer Programming using GNU Smalltalk
by Canol Goekel - Lulu.com
This book tries a different approach for teaching introductory computer programming than most other books by choosing Smalltalk as the programming language. A language which is mature and powerful yet not as widely used as some popular alternatives.
(10458 views)

Smalltalk by Example: The Developer's Guide
by Alec Sharp - Mcgraw-Hill
This book is written for people who want to become productive in Smalltalk programming in as short a time as possible. The book presents the information that the reader needs in order to understand the concepts and the capabilities of Smalltalk.
(10985 views)

Pharo by Example
by Stephane Ducasse, at al.
Pharo is a development environment for the classic Smalltalk-80 programming language. This book, intended for both students and developers, will guide you through the Pharo language and environment by means of a series of examples and exercises.
(9046 views)