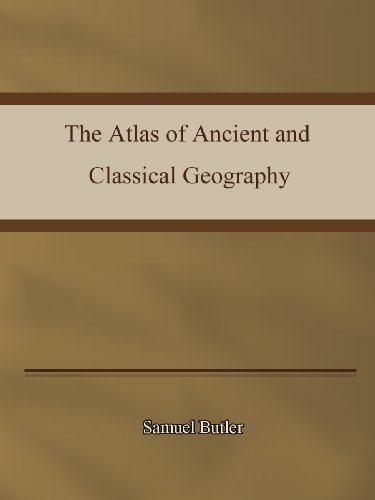 The Atlas of Ancient and Classical Geography
by Samuel Butler

Description:
The present Atlas is the result of the successive labour of many hands. Its original author was Dr. Samuel Butler, sometime head-master of Shrewsbury school and afterwards Bishop of Lichfield and Coventry. He edited Aeschylus, and was in his way a famous geographer. The work was at a later date twice revised, and its maps were re-drawn, under the editorship of his son. It has now been again revised and enlarged to suit the special needs of this series.

Religion in Hellenistic Athens
by Jon D. Mikalson - University of California Press
Drawing from epigraphical, historical, literary, and archaeological sources, Mikalson traces the religious cults and beliefs of Athenians from the battle of Chaeroneia in 338 B.C. to the devastation of Athens by Sulla in 86 B.C.
(9685 views)

Athens from Cleisthenes to Pericles
by C. W. Fornara, L. J. Samons - University of California Press
This book covers the history of the Alcmeonid family of Cleisthenes and Pericles, the nature and development of Athenian democracy, the growth of Athenian empire, and the burgeoning antagonism between Athens and Sparta.
(13219 views)

The Cambridge Ancient History
by J. B. Bury - Cambridge University Press
Designed as the first part of a continuous history of European peoples. Starting with the remote and dim beginnings, the Ancient History will go down to the victory of Constantine the Great, the point at which the Medieval takes up the story.
(10041 views)