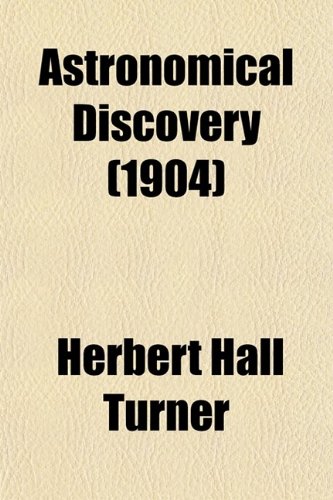 Description:
The aim of the following pages is to illustrate, by the study of a few examples chosen almost at random, the variety in character of astronomical discoveries. An attempt has indeed been made to arrange the half-dozen examples, once selected, into a rough sequence according to the amount of chance associated with the discovery.

A Briefer History of Time: From the Big Bang to the Big Mac
by Eric Schulman - St. Martin's Press
From the Big Bang to the evolution of humans and the resignation of Richard Nixon, an astronomer offers a highly irreverent, entertaining, and scientifically correct overview of the most important cosmic milestones since the beginning of time.
(10163 views)

Space Nomads
by Leota Jean LaPaz, Lincoln LaPaz - Holiday House
Meteoritics is the study of the only tangible entities that reach us from outer space -- the meteorites. We have planned and written this book to be a sound and yet largely nontechnical introduction to the science of meteoritics.
(4140 views)

The world according to the Hubble Space Telescope
by Mario Livio - arXiv.org
This review presents a brief summary of a few of the highlights of HST discoveries, discusses their physical implications, and identifies unsolved problems. A broad range of topics is covered, from our own solar system to cosmology.
(17337 views)