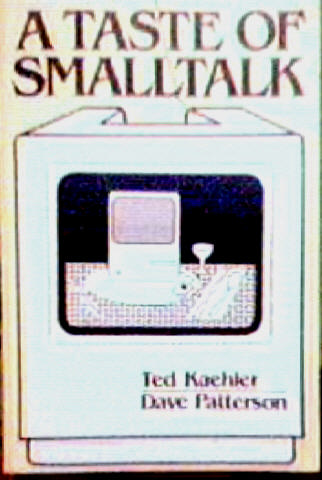 A Taste of Smalltalk
by Ted Kaehler, Dave Patterson

Description:
The purpose of this tutorial is to give you a taste of programming in the Smalltalk-80 language and environment. Our approach is to guide you through several versions of a small program in a short time. If these small examples get you interested, then larger programs will get you addicted, for the power of the Smalltalk-80 system increases as programs grow.

The Art and Science of Smalltalk
by Simon Lewis - Prentice Hall
This practical book provides an effective introduction to programming in Smalltalk, and explains the most efficient ways to think about and work with the system. The demystifies the transition from conventional programming to Smalltalk.
(15149 views)

Computer Programming using GNU Smalltalk
by Canol Goekel - Lulu.com
This book tries a different approach for teaching introductory computer programming than most other books by choosing Smalltalk as the programming language. A language which is mature and powerful yet not as widely used as some popular alternatives.
(11127 views)

Smalltalk/V: Tutorial and Programming Handbook
- Digitalk, Inc
Smalltalk is both a powerful language -- you can get a lot of activity out of a few lines of code -- and a powerful program development environment. This book is intended for both beginners as well as experienced Smalltalk programmers.
(10754 views)

Inside Smalltalk
by W. R. Lalonde, J. R. Pugh - Prentice-Hall
An intro to the object-oriented programming language Smalltalk-80, with an emphasis on classes, subclassing, inheritance and message passing. The SmallTalk language is fully explained as well as the class library and programming environment.
(9884 views)