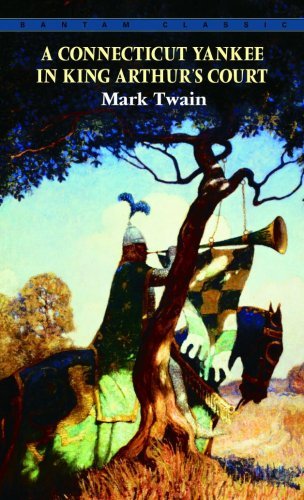 A Connecticut Yankee in King Arthur's Court
by Mark Twain

Description:
Satirical novel by Mark Twain, published in 1889. It is the tale of a commonsensical Yankee who is carried back in time to Britain in the Dark Ages, and it celebrates homespun ingenuity and democratic values in contrast to the superstitious ineptitude of a feudal monarchy.

Virtual Evil
by Jana G. Oliver - Dragon Moon Press
Jacynda's latest assignment is a double-edged sword: find the greatest of all Time Rovers and send him to 2057. If she returns Harter Defoe to the future, she ll be branded a traitor to her kind. If she fails, the punishment is a decade in prison.
(12776 views)

Sojourn
by Jana G. Oliver - Dragon Moon Press
Victorian London is a dangerous place for the unwary. Mysterious shape-shifters haunt the streets, making friend and foe indistinguishable. In a few days, Jack the Ripper will add to his bloody legacy. But he isn’t the only threat in Whitechapel.
(12665 views)

Time Management for Mercenaries
by Dai Alanye
A mismatched team is recruited for primitive military action in a third world country. It is eventually revealed that they will, in fact, be journeying to the past. They run into many difficulties both before and after reaching their destination.
(6831 views)

Key Out of Time
by Andre Norton - The World Publishing Company
Time Agents Ross Murdock and Gordon Ashe, aided by a Polynesian girl and telepathic dolphins, probe the mystery of the sea-planet named Hawaika. Its cities and civilizations have vanished but our agents are snatched back through a Time Gate ...
(2727 views)