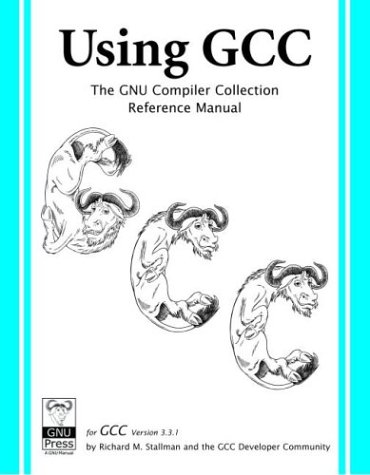 Description:
The definitive reference manual for the most widely used compiler in the world, written by the program's original author and its current developers. The GNU Compiler Collection is a full-featured ANSI C compiler with support for C, C++, Objective C, Java and Fortran as well as libraries for all these languages, such as libstdc++ and libgcj.

A to Z of C
by K. Joseph Wesley, R. Rajesh Jeba Anbiah
This is an intermediate to advanced C programming book writen for C lovers, students, programmers, and other enthusiasts. The book is written to open many secrets of C, it alos introduces various approaches to solve different problems.
(37166 views)

Object Oriented Programming in ANSI-C
by Axel Schreiner
We use ANSI-C to find out how to write object oriented programs , what are they useful for solving bigger problems, and how to catch mistakes earlier. The book covers classes, objects, instances, inheritance, linkage, methods, polymorphisms, and more.
(25885 views)

C Programming Tutorial
by Mark Burgess
This book is a tutorial. Its aim is to teach C to a beginner, but with enough of the details so as not be outgrown as the years go by. It presumes that you have some previous aquaintance with programming, but you do not need much experience.
(21001 views)

Programming in C: UNIX System Calls and Subroutines using C
by A. D. Marshall - Cardiff University
This book is guide to UNIX software development in C for professional programmers and students. It focuses on the UNIX system call interface, the programming interface between the UNIX Kernel and applications running in the UNIX environment.
(21331 views)