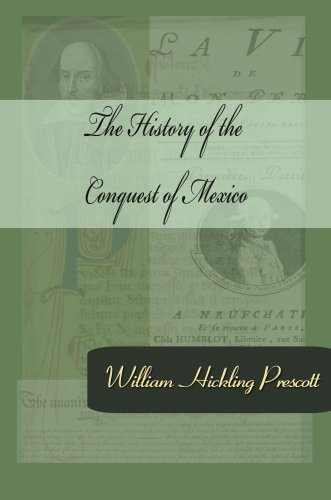 The History of the Conquest of Mexico
by William Hickling Prescott

Description:
Prescott lived from 1796-1859 and his book was a pioneering view of the Aztec civilization. The country of the ancient Mexicans or Aztecs, as they were known, formed but a very small part of the extensive territories which make up modern Mexico. The story of the life of Hernando Cortes, the Conqueror and the tragic story of Montezuma the Aztec king are essential to this history.

The Story of Mankind
by Hendrik van Loon - Boni and Liveright
This book, for history buffs and the historically challenged alike, covers human history from prehistoric times, when our earliest ancestors were learning to communicate with grunts, right through to the issues of the latter 20th century.
(14871 views)

The Cambridge Medieval History
by J. B. Bury - The Macmillan Company
Planned by one of the most renowned Byzantinists and Medievalists of the day, John B. Bury, it became the de facto standard by which all comprehensive period histories would be measured. Essential for any serious student of medieval history.
(10457 views)

Medieval And Modern History
by Hutton Webster - D.C. Heath & Co
This textbook, as the title indicates, covers both the Middle Ages and modern times. The entire work has been written since the outbreak of the World War I, and its probable consequences have been kept constantly in mind.
(14259 views)