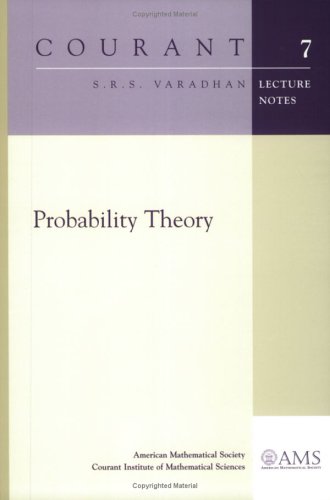 Description:
These notes are based on a first year graduate course on Probability and Limit theorems given at Courant Institute of Mathematical Sciences. The text covers discrete time processes. A small amount of measure theory is included.

Probability on Trees and Networks
by Russell Lyons, Yuval Peres - Cambridge University Press
This book is concerned with certain aspects of discrete probability on infinite graphs that are currently in vigorous development. Of course, finite graphs are analyzed as well, but usually with the aim of understanding infinite graphs and networks.
(4573 views)

Probability Theory: The Logic of Science
by E. T. Jaynes - Cambridge University Press
The book is addressed to readers familiar with applied mathematics at the advanced undergraduate level. The text is concerned with probability theory and all of its mathematics, but now viewed in a wider context than that of the standard textbooks.
(14187 views)