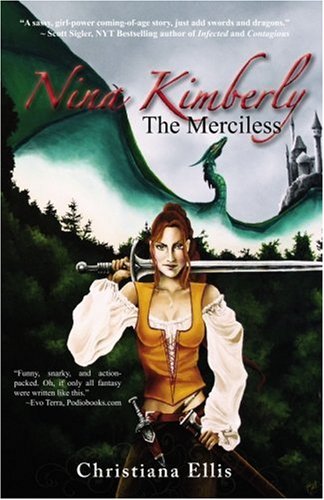 Description:
She's on a mission to kill the man who loves her. Why? Because he's an idiot. Ten years ago, Nina Kimberly the Merciless was cheated out of the life of adventure that she truly deserves. Her father, the fearsome barbarian conqueror Marcus the Merciless, met his first and only defeat at the hands of, well... a gopher hole.

Tales of Aria: The Legend of Damiano's Disk
by Carl Russ, III
Aria is a world riddled with an epidemic. Two years have passed since the day strange monsters emerged from out of no where, paralyzing the otherwise peaceful lives of its citizens. Since then, few people dare to live outside the the cities ...
(7880 views)

Butcher Bird
by Richard Kadrey - Night Shade Books
Spyder Lee is a happy man who owns a tattoo shop. One night a demon tries to bite his head off before he’s saved by a stranger. The demon infected Spyder so that he can suddenly see the world as it really is: full of angels, demons and monsters.
(14199 views)

Layla - One World Warrior
by Layla Parkin
Just when we thought God had finished intervening in our affairs - Layla appeared. Showing miraculous signs of God-like grandeur, she upsets the equilibrium of the centres of authority and moves humanity, forcibly at times, into a political unity.
(8803 views)