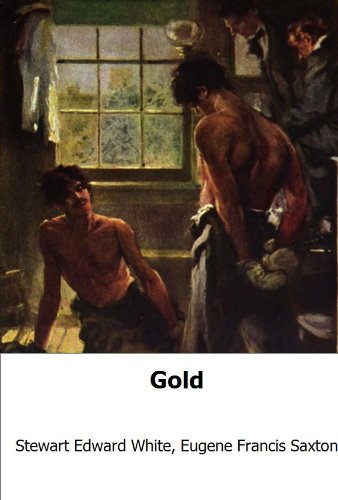 Description:
I decided to join the gold rush to California in the year 1849. It was in the air; and I was then of a romantic and adventurous disposition. The land was infinitely remote; and then, as now, romance increases as the square of the distance.

The Rustler of Wind River
by George W. Ogden - ManyBooks
A tale of the attempts of the unscrupulous cattlemen to drive the homesteader from their holdings and leave the land free for grazing. Alan leads the homesteaders in their defense and, after many misunderstandings clears his love story as well.
(6005 views)

The Survivor
by Tim Champlin - Smashwords
Marcel Dupre, condemned to the penal colony at French Guiana, writes an expose of life in the Foreign Legion and in the penal colony. He finally escapes by sea and reaches the U.S. where he hopes to have his book published...
(4962 views)

The Riverman
by Stewart Edward White - ManyBooks
This novel is a rugged adventure from a time when men had to work for a living. The story of a man's fight against a river and of a struggle between honesty and grit on the one side, and dishonesty and shrewdness on the other.
(4496 views)

Bucky O'Connor: A Tale of the Unfenced Border
by William MacLeod Raine - ManyBooks
This is the best of many wonderful stories written by Raine. Every chapter teems with wholesome, stirring adventures, replete with the dashing spirit of the border, told with dramatic dash and absorbing fascination of style and plot.
(6371 views)