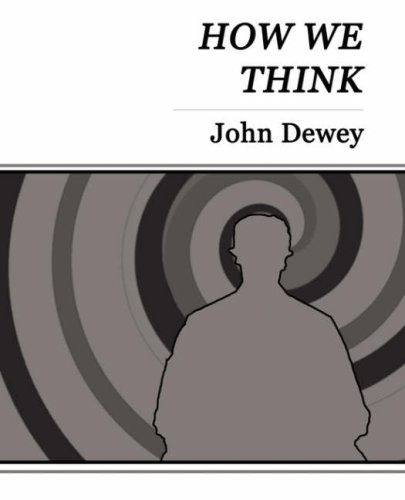 How We Think
by John Dewey

Description:
This is a classic book about thinking. Dewey studies thought from the psychological and philosophical points of view and derives practical ideas for education. Whether you are a student, teacher, or just plain interested in analyzing the world around you, then reading this book is very worthwhile.

Early and late selection: Effects of load, dilution and salience
by Tal Makovski, Glyn Humphreys, Bernhard Hommel - Frontiers Media SA
Our visual system is constantly bombarded by a variety of stimuli, of which only a small part is relevant to the task at hand. As a result, goal-directed behavior requires a high degree of selectivity at some point in the processing stream ...
(2564 views)

A Beginner's Psychology
by Edward Bradford Titchener - The Macmillan Company
I lay less stress upon knowledge and more upon point of view. I shall be fully satisfied if the reader learns to be clear and definite in his objections, realizes his own point of view, and sticks to it in working out his own psychological system.
(14116 views)

Emotional Intelligence and Cognitive Abilities
by Puri Checa, Pablo Fernandez-Berrocal - Frontiers Media S.A.
Nowadays, not only psychologists are interested in the study of Emotional Intelligence (EI). Teachers, educator, managers, employers, and people in general pay attention to EI. EI is defined as the capacity to process and use emotional information.
(4035 views)