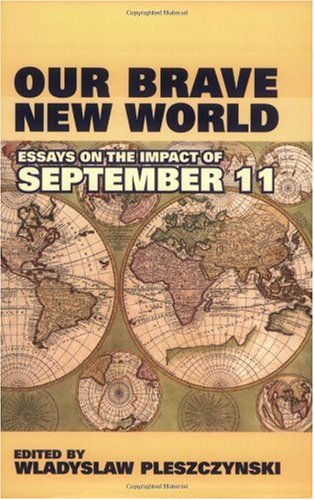 Our Brave New World: Essays on the Impact of September 11
by Wladyslaw Pleszczynski

Description:
September 11 continues to roil our collective mind. The essays in this collection take a sometimes sobering, sometimes uplifting look at a historic turning point in our lives. The contributors examine the challenges and dangers of our new foreign policy and the sense that we have only seen the opening stage of a long-term realignment.

Skating on Stilts: Why We Aren't Stopping Tomorrow's Terrorism
by Stewart Baker - Hoover Institution Press
Baker examines the technologies we love -- jet travel, computer networks, and biotech -- and finds that they are likely to empower new forms of terrorism unless we change our current course and overcome resistance to change from privacy advocates.
(5665 views)