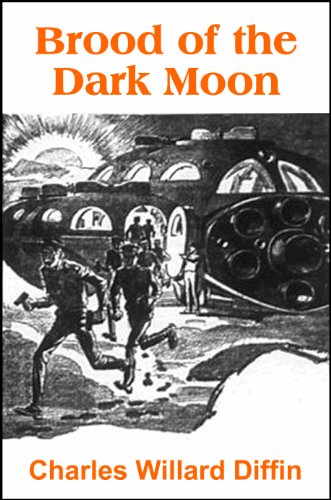 Brood of the Dark Moon
by Charles Willard Diffin

Description:
Brood of the Dark Moon appeared in the August, September, October and November 1931 Astounding Stories. Once more Chet, Walt and Diane are united in a wild ride to the Dark Moon - but this time they go as prisoners of their deadly enemy Schwartzmann.

Youth
by Isaac Asimov - Project Gutenberg
Youth is a science fiction short story. It first appeared in the May 1952 issue of Space Science Fiction and was reprinted in the 1955 collection The Martian Way and Other Stories. Youth is one of the rare Asimov stories with alien characters.
(8432 views)

Little Brother
by Cory Doctorow - Tor Teen
Marcus is a seventeen years old guy who already knows how the system works. He has no trouble outwitting his high school’s clumsy surveillance systems. But his whole world changes when he find himself caught in the aftermath of a terrorist attack.
(13880 views)

One Way To Mars
by Gary Weston - Smashwords
Andrew Foreman hadn't wanted to go to Mars in the first place. But somebody had to look after GenMoP, the genetically modified primate. Foreman had always regarded space travel as a dangerous business, but he had no idea just how dangerous.
(8363 views)

The Earthbound Series
by D M Arnold - VIRTUALimprint
The EARTHBOUND Series is a set of five character driven stories in a science fiction setting, featuring an ordinary hero with everyday problems: He has a boss, a job that's a grind, a wife who doesn't understand him and a girlfriend on the side...
(8369 views)