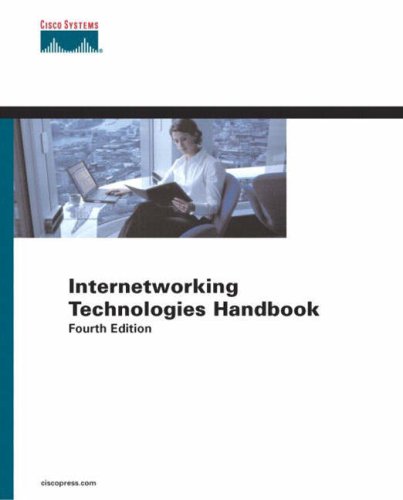 Description:
This book provides a foundation for understanding modern networking. Topics include flow control, error checking, and multiplexing, mapping the Open System Interconnection (OSI) model to networking/internetworking functions, addressing schemes within the context of the OSI model, and more.

An Introduction to ATM Networks
by Harry G. Perros - Wiley
Asynchronous Transfer Mode (ATM) has become an integral part of the networking infrastructure. This introductory text on ATM networks describes their development, architecture, congestion control, deployment, and signaling in an accessible way.
(9184 views)

U.S. Robotics Home Networking for Dummies
by Kathy Ivens, Clark Scheffy - USRobotics
We think that if you have more than one computer in your home, you should have a network. That belief has its roots in the fact that we're generally lazy, and we believe everyone should do everything in the easiest possible manner.
(12325 views)

An Introduction to Computer Networks
by Peter L Dordal - Loyola University Chicago
A free general-purpose textbook about computer networking, complete with diagrams and exercises. It is suitable as the primary text for an undergraduate or introductory graduate course in computer networking, or as a supplemental text ...
(14647 views)