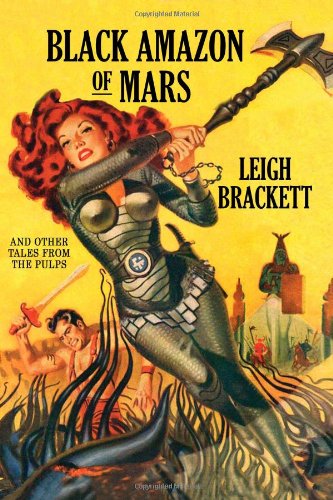 Description:
Leigh Brackett may be best known for her screenplay for "The Empire Strikes Back," but her lush tales of interplanetary adventures were thrilling readers long before "Star Wars." Here is the short novel "Black Amazon of Mars" - the final magazine appearance of her hero, Eric John Stark.

Spell of Apocalypse
by Mayer Alan Brenner
In the zany conclusion of The Dance of Gods tetrology, the various warring factions of good and evil come together to resolve their separate destinies. Whose magic will prove mightiest in this final showdown between gods, mortals, and other beings?
(7673 views)

First Lensman
by E. E. Smith - Pyramid Publications
The enemy spacefleet arrowed toward the armored mountain -- nerve center of the Galactic Patrol. The Patrol battle cruisers swerved to meet them, and a miles-long cone of pure energy ravened out at the invaders, destroying whatever it touched.
(4816 views)