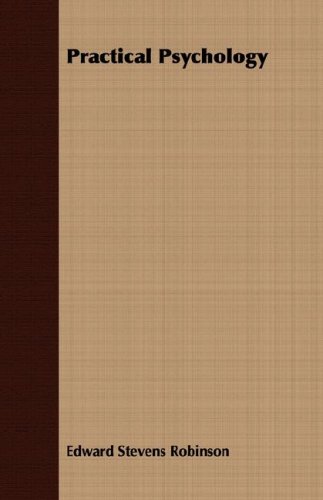 Instinct And The Unconscious
by William H. R. Rivers - York University
This book was originally published in 1920. The general aim of the book is to put into a biological setting the system of psycho-therapy which came to be generally adopted in Great Britain in the treatment of the psycho-neuroses of war.
(13459 views)

Principles of Social Psychology
by Charles Stangor - Flat World Knowledge
I wrote this book to help students organize their thinking about social psychology at a conceptual level. I hope that they will remember some basic ideas, for it is these principles that will allow them to critically analyze new situations.
(6848 views)

Informative Psychometric Filters
by Robert Gregson - ANU Press
This book is a series of case studies with a common theme. A core idea is that both the human organism and the data analysis procedures used are filters, that may variously preserve, transform, distort or even destroy information of significance.
(4974 views)

Human Nature and Conduct
by John Dewey - Henry Holt & Co.
Influential work by the great educator/philosopher maintains that the key to social psychology lies in an understanding of the many varieties of habit; individual mental activity is guided by subordinate factors of impulse and intelligence.
(6928 views)