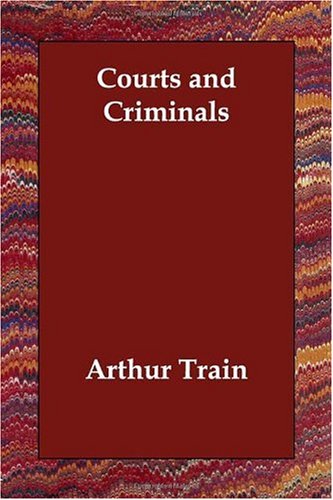 Courts and Criminals
by Arthur Train

Description:
It is unquestionably a generally accepted principle that it is better that ninety-nine guilty men should escape than that one innocent man should be convicted. This book presents a guide to procedures and practices in criminal courts. These essays were written between the years 1905-1910.

Simple Justice
by Charles Murray - Civitas Book Publisher
The celebrated American sociologist Charles Murray provides an uncompromising restatement and defence of the backward-looking, retributive justification of criminal punishment. He also makes an impassioned plea for England to revert to this approach.
(11275 views)

Law and Lawyers in the United States: The Common Law Under Stress
by Erwin N. Griswold - Stevens & sons
This book may serve to help you to have a better understanding of our legal system and its many problems; and it may, too, lead to the conclusion that you are indeed privileged to live under your own constitutional and legal system.
(8319 views)

Body Law and the Body of Law
by Christine M. Hassenstab - De Gruyter Open Ltd
The book examines how laws on sterilization, birth control and abortion were created, by focusing on the act of legislation; how the law was driven by scientific and social norms during the first and closing decades of the 20th century in the USA ...
(5722 views)

Encyclopedia of Law and Economics
by Boudewijn Bouckaert, Gerrit De Geest - Edward Elgar Publishing
A reference work that surveys the entire literature on law and economics in over 3,000 pages. The entries consist a review of the literature and a bibliography which covers most of the published material in the particular area.
(15270 views)