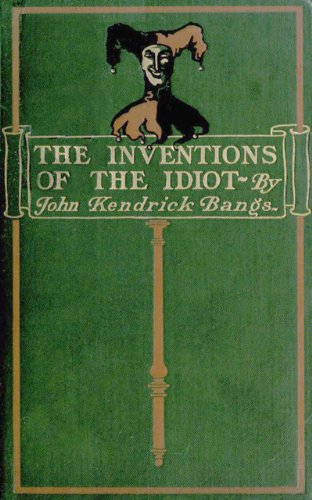 The Inventions of the Idiot
by John Kendrick Bangs

Description:
The idiot is the same old idiot, if a trifle worn. As an inventive idiot he is in his element although of all his numerous inventions he complains that none has been realized. Probably there is a deep psychological reason for that for they were all of the Dreamaline sort.

The Sick Day Handbook: Strategies and Techniques for Faking It
by Ellie Bishop - Booktrope
A hilarious guide to the art of taking sick leave when you really need it. Filled with symptoms and prescriptions for common illnesses and proper stage-setting techniques, you'll have a pool of credible excuses just waiting to be used.
(9430 views)

A Plague of Hearts
by Patrick Whittaker - BookRix
On an otherwise normal day in Wonderland, the Knave of Hearts is arrested by the secret police. Outraged by what he believes to be an injustice, his valet, the March Hare, sets out to free him. Along the way he attends a mad tea party ...
(6722 views)

A Parody Outline of History
by Donald Ogden Stewart - George H. Doran Company
Mr. H. G. Wells, in his 'Outline of History', was of necessity forced to omit the narration of many of the chief events in the history of these United States. Such omissions the author has in this brief volume endeavored to supply.
(8000 views)

The Devil's Dictionary
by Ambrose Bierce - World Pub. Co
Satiric lexicon by Ambrose Bierce, first compiled as The Cynic's Word Book in 1906. The barbed definitions that Bierce began publishing in a weekly journal he edited in San Francisco, brought this 19th-century stock form to a new level of artistry.
(15013 views)