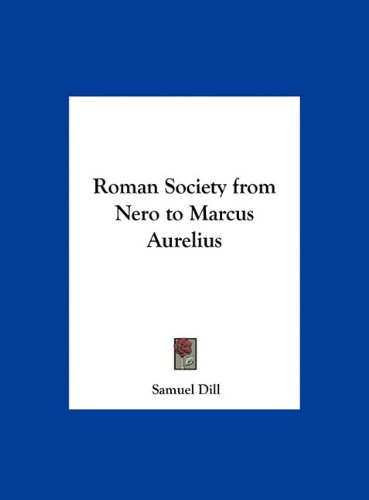 Roman Society from Nero to Marcus Aurelius
by Samuel Dill

The Holy Roman Empire
by James Bryce - The Macmillan Company
The object of this treatise is not so much to give a narrative history of the countries included in the Romano-Germanic Empire, as to describe the Holy Empire itself as an institution or system, the wonderful offspring of a body of traditions...
(5076 views)

Roman Gods: A Conceptual Approach
by Michael Lipka - Brill
Drawing exclusively on the evidence from urban Rome up to the age of Constantine, the book analyzes the pagan, Jewish, and Christian concepts of 'god' along the lines of space, time, personnel, function, iconography and ritual.
(2846 views)