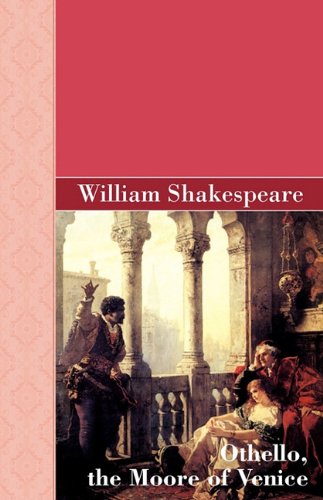 Othello, the Moore of Venice
by William Shakespeare

Description:
One of Shakespeare's greatest tragedies, Othello sets itself apart with its personal scale, fascinating plot and compelling, exotic characters. It shows the two sides of passion with shocking clarity. At first great love overcomes the great differences in social status, age, and race between Othello and Desdemona and their mutual devotion seems invulnerable. But the waves of passion are turned to obsessive jealousy at the hand of Iago, the perfect villain, who has set out to destroy Othello on a personal mission of revenge.

Romeo and Juliet
by William Shakespeare - H.M. Caldwell Co.
The story about two teenage lovers whose tragic deaths ultimately unite their feuding families. It is among Shakespeare's most popular and most frequently performed plays. The title characters are today regarded as archetypal young lovers.
(13610 views)

The Tragedy of Antony and Cleopatra
by William Shakespeare - Yale University Press
The plot follows the relationship between Cleopatra and Mark Antony from the time of the Parthian War to Cleopatra's suicide. Many consider the role of Cleopatra in this play one of the most complex female roles in Shakespeare's work.
(13144 views)