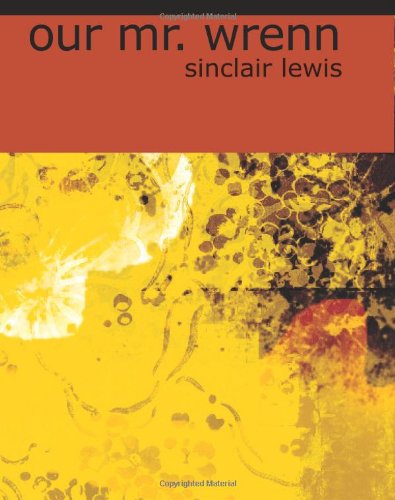 Our Mr. Wrenn: the Romantic Adventures of a Gentle Man
by Sinclair Lewis

Description:
A classic American novel by the American novelist and playwright who, in 1930, became the first American to win the Nobel Prize for literature. He was a social critic who punctured American complacency with his broadly drawn, widely popular satirical novels.

Main Street
by Sinclair Lewis - Harcourt
Carol leaves big city to follow man she loves to a place she is in no way suited to, and ends up feeling trapped among people she despises. She tries to change the town, she tries to change herself, and when all else fails she tries to have an affair.
(10194 views)

Kingsblood Royal
by Sinclair Lewis - Penguin Random House LLC
This novel is about a man of prominance in a Northern Minnesota city who suddenly finds out he is descended from a Negro. He goes through a transformation of perspective on racial issues. In time, he declares himself publicly to be a 'Negro'.
(9227 views)

World So Wide
by Sinclair Lewis
The novel regards the life of Hayden Chart, a typical American living in Colorado during the post WWII years. Chart's seemingly perfect life is suddenly shattered by the death of his wife in an accident, for which cannot help but feel guilty.
(3914 views)

Free Air
by Sinclair Lewis - Feedbooks
This cheerful little road novel is about Claire Boltwood, who, in the early days of the 20th century, travels by automobile from New York City to the Pacific Northwest, where she falls in love with a nice, young man and gives up her snobbish Estate.
(5361 views)