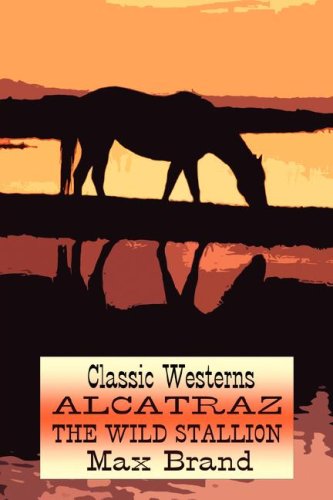 Description:
But the longer she looked the more she saw. The very leanness of Alcatraz made it easier to trace his running-muscles; she estimated, too, the ample girth at the cinches where size means wind. And that's Alcatraz? she murmured.

The Last of the Mohicans
by James Fenimore Cooper - John W. Lovell
The classic adventure with the wild rush of action: a brave woodsman and his Mohican friends involved in the battles of the French and Indian War, the abduction of beautiful girls, the ambush of innocent settlers, and the final tragic confrontation.
(12321 views)

I Conquered
by Harold Titus - ManyBooks
A young man gets on the train for as far as the cash in his wallet will take him, the small cowboy town of Colt, Colorado. What follows is a recovery Western in which the young man becomes a ranch hand and arduously gets himself back together.
(5116 views)

King of the Gun Trail
by Franklin D. Lincoln
Exciting western adventures of secret agent Jack Clayton and his black stallion Regret as they fight America's worst enemies in the late 1870's, seeking justice for all and forging a nation where all its citizens can be proud to be Americans.
(6333 views)

The Gun-Brand
by James B. Hendryx - G.P. Putnam's Sons
Here was action -- life! Primitive man battling against the unbending forces of an iron wilderness. The red blood leaped through the girl's veins as she realized that this life was to be her life -- this wilderness to be her wilderness.
(5992 views)