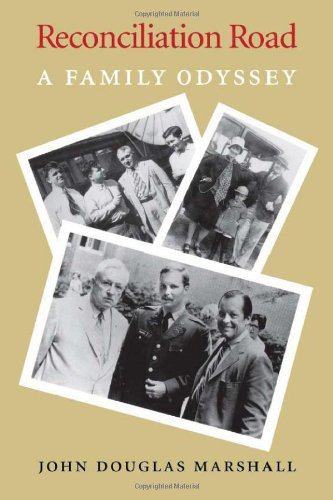 Description:
John Douglas Marshall takes leave of his career as a journalist to examine the legacy of his grandfather, the military historian S.L.A. Marshall, whose reputation and findings from the field of battle were challenged after his death. His research draws him across the country, as he pores over his grandfather's vast archives and memorabilia, reconnects with family and friends, and revisits his opposition to the Vietnam War, which caused an agonizing family breach.

The Great Adventure
by Barry Allan - Smashwords
From Footscray in Melbourne to Flanders on the Western Front, the true story of three brothers George, Joe and Dave, who served in the AIF during World War One. They all had life changing experiences but not all of those were caused by the war.
(8226 views)

The Captives
by James L. Cathcart, Jane B. Cathcart - Herald Print
This journal was commenced one hundred and twelve years ago by a youth of seventeen years of age, who had been taken prisoner by the British, and carried into New York with most of the prisoners, on board first the Good Hope and then on the old...
(9356 views)

Human Bullets: A Soldier's Story of the Russo-Japanese War
by Tadayoshi Sakurai - Houghton, Mifflin
This little book of Lieutenant Sakurai's will help to set us right in regard to the spirit in which the Japanese soldier fights. The story was told to give a true picture of the lives and deaths, the joys and sorrows, of the men who took Port Arthur.
(7118 views)

The Generalship of Ulysses S. Grant
by J. F. C. Fuller - Dodd, Mead and Company
The reader leaves this book with a sense of knowing and understanding Grant, and believing that Grant's personality was the critical factor in the Union's 1864-1865 Virginia compaigns. This text is an essential Civil War reading.
(17770 views)