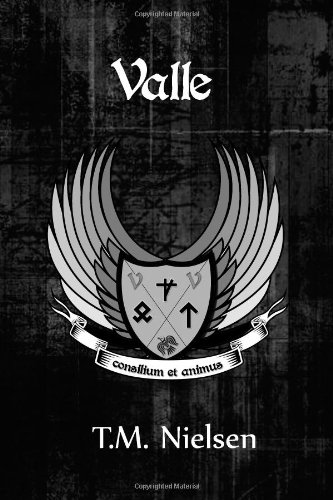 Valle: Book 2 of the Heku Series
by T.M. Nielsen

Description:
While Chevalier and Emily come to terms with being parents, the Valle begin attacks to gain access to the last remaining Winchester, even if it means harming those she cares about. An upheaval in the Equites threatens the island’s peaceful life and throws Chevalier into a position of power. Emily, trying desperately to fit into the world of the immortal, finds peace and respect in new mission.

Varney the Vampire
by Thomas Preskett Prest - Project Gutenberg
Nothing has been omitted in the life of the unhappy Varney, which could throw a light upon his career, and the fact of his death made a great noise at the time through Europe and is to be found in the public prints for the year 1713.
(6028 views)

Ghost Stories of an Antiquary
by M. R. James - Edward Arnold
The ghost stories of M.R. James are widely considered to be the best supernatural literature ever written. This volume was his first collection of short stories to be published (1904) and is a fine introduction to this chilling, scholarly author.
(7845 views)

The Blood of Judas
by Walt Sautter
The Blood of Judas is a blend of religion, adventure, revenge and horror which takes place in Nazi Germany. Elda, a Jewish woman, begins a relationship with a strange admirer, Anton. They are later swept up into the Holocaust.
(5776 views)