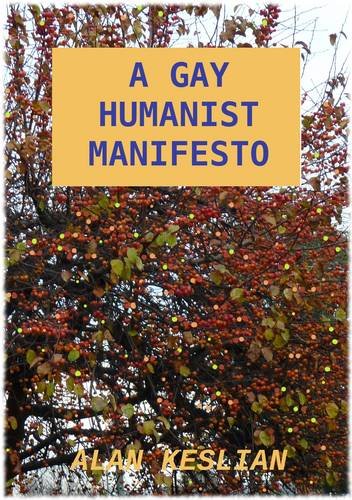 Description:
This non-fiction booklet gives a gay perspective on humanist beliefs. It discusses subjects such as monogamy and promiscuity, and counters the rejection of same sex attraction on moral and religious grounds. Touching on scientific and social arguments, it takes only an hour or two to argue for a positive outlook on the place of lesbians and gay men in the modern world.

Love Letters
by Eberhard Arnold, Emmy von Hollander - The Plough Publishing House
Everyone's looking for true love, but few people seem willing to work at making it last. With separation and divorce so commonplace that most people see them as inevitable, it seems the very idea of marital commitment is fast becoming a foreign one.
(10280 views)

The Meaning of Love
by Richard Garlikov - Alabama Open Publishing House at Troy
This book explores the philosophical views on the meaning of love. It covers love, including attraction, relationship satisfaction, emotional, and ethical considerations. The author takes a rational, and scrutinizing look at the subject of love.
(3125 views)

The Kama Sutra of Vatsyayana
by Vatsyayana - Project Gutenberg
The Kama Sutra is an ancient Indian text widely considered to be the standard work on human sexual behavior in Sanskrit literature written by the Indian scholar Vatsyayana. A portion of the work consists of practical advice on sex.
(16718 views)

How to Survive the Loss of a Love
by Melba Colgrove, Harold Bloomfield, Peter McWilliams - Prelude Press
One of the most directly helpful books on the subject of loss ever written. This completely revised and expanded edition encompasses not only the medical and psychological advances in the treatment of loss, but also the authors' own experiences.
(18561 views)