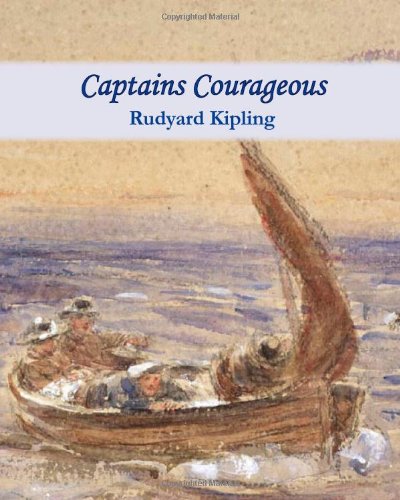 Description:
The only one of Kipling's novels to be cast in an American setting, Captains Courageous endures as one of literature's most cherished and memorable sea adventures. Harvey Cheyne, spoiled millionaire's son, tumbles overboard from a luxury liner -- only to be rescued by the crew of a Gloucester schooner. Thus begins the boy's second voyage into the rugged rites and ways of sailors.

Plain Tales from the Hills
by Rudyard Kipling
Set principally in Shimla, the summer capital of the Raj, Kipling's stories on the manners and mores of British settlers in India are well observed and masterful character studies. The best account of the nature of the Victorian Raj ever written.
(6291 views)

The Phantom Rickshaw; and other tales
by Rudyard Kipling - A. H. Wheeler
This book brings together five of Kipling's most-loved short stories. Each deals with events that can't quite be explained away, whether a traditional ghost story, a terrifyingly realistic nightmare or an sumptuous and lavish romance.
(8496 views)

Traffics and Discoveries
by Rudyard Kipling
Kipling's eternal themes of war, colonialism, and cultural conflicts are all addressed and explored in staggering detail in this masterpiece. Powerful characterisation and vivid landscapes combine to produce a series of memorable war stories.
(4853 views)