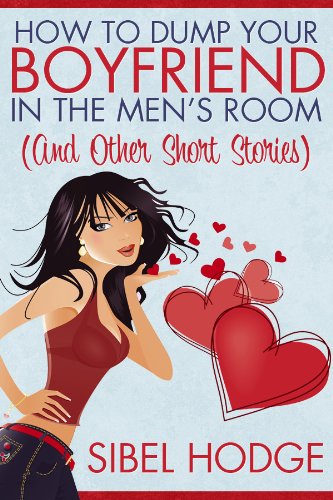 Description:
I'm an author of chick lit romances and mysteries. This is a collection of five humorous short stories -- what I like to call true fiction. Some are true, some are fiction, and some are a mixture of both. I guess you have to decide which is which!

Mothers & Other Monsters
by Maureen F. McHugh - Small Beer Press
These stories offer poignant and sometimes heartwrenching explorations of personal relationships and their transformative power. Each story in this collection meditates in its own, odd way on the dynamics of families and the vagaries of being human.
(12004 views)

Devil Stories
by Maximilian J. Rudwin - Alfred A. Knopf, Inc
Of all the myths which have come down to us from the East, and of all the creations of Western belief, the personality of evil has had the strongest attraction for the mind of man. The Devil is the greatest enigma that has ever confronted us.
(9839 views)

A Bundle of Yarns
by Fred W. Shibley - Providence
An odd and unique 'bundle' of short stories, some written in the first person other in the third-person. They tell of life in Rhode Island in the early 1800's. Written in the vernacular of New England speech, it makes for an interesting read.
(5957 views)

Children of Men
by Rudolph Edgar Block, Bruno Lessing - McClure Co.
Originally published in 1903, Children of Men is a collection of short stories, most of which are about sweatshop workers and about the interactions between Jewish immigrants to New York and the Christians that lived in that area.
(3883 views)