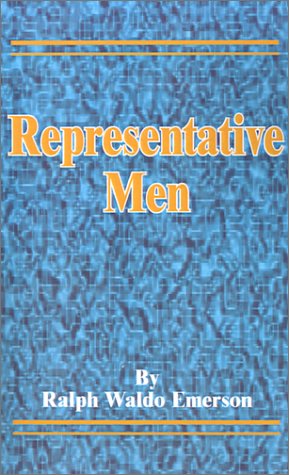 Description:
Representative Men includes seven lectures on great men -- Plato, Swedenborg, Montaige, Shakespeare, Napoleon, and Goethe. It is natural to believe in great men. If the companions of our childhood should turn out to be heroes, and their condition regal, it would not surprise us.

The Life of Sir Richard Burton
by Thomas Wright - Project Gutenberg
Sir Richard Burton was an English explorer, writer, soldier, ethnologist, poet and diplomat. He was known for his travels and explorations within Asia and Africa as well as his extraordinary knowledge of languages and cultures.
(9021 views)

A Gallery of Eccentrics
by Morris Bishop - Minton, Balch
Odd ducks, Limited! That is what this book is about. Twelve biographies of people who are different from the rest of us. Different, does not mean evil or overly kinky. There are two sides to 'Normal': The abnormally good and the abnormally bad.
(5934 views)

Michelangelo
by Romain Rolland - Duffield & Company
The life of Michelangelo offers a striking example of the influence that a great man can have on his time. Michelangelo burst like a thunder-storm into the heavy, overcharged sky of Florence. He captured painting, sculpture, architecture and poetry.
(10180 views)

Leonardo da Vinci: A Life From Beginning to End
- Hourly History
Creativity is found in our very DNA, something not known to Leonardo da Vinci or anyone else who lived in his time. All he did was to uncover the hidden genius which lay within himself, and he used that inner genius to the very best of his abilities.
(1804 views)