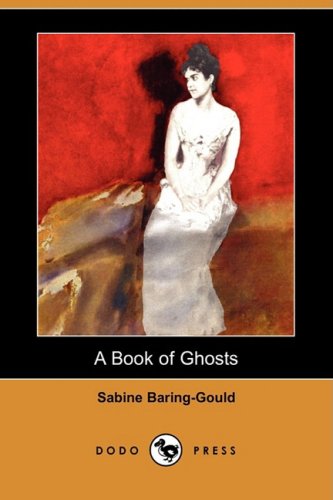 A Book of Ghosts
by S. Baring-Gould

Description:
When Anna Arler's husband was brought home dead, she insisted on being left alone in the night by him, before he was buried alone, -- with his coffin. And what happened in that night no one knows. Some affirm that she saw ghosts.

Grettir the Outlaw: A Story of Iceland
by S. Baring-Gould - A.L. Burt
A classic adventure novel which details the life of Grettir Asmundarson. There are several tales told of Grettir when he was a boy, which show that he was a rough lad. He was set by his father to keep geese on the moors, and this made him angry ...
(973 views)

The Broom-Squire
by S. Baring-Gould - F.A. Stokes
After the road had ascended some way, all trees disappeared. The scenery was as wild and desolate as any in Scotland. On all sides heathery slopes, in the evening light a broken patch of sand showed white through contrast with the black ling.
(865 views)

The Book of Were-Wolves
by S. Baring-Gould
You may rethink your non-belief in werewolves after reading this detailed study by folklorist Sabine Baring-Gould. He takes you on a journey from medieval times to more modern days, examining old folk tales, public records, medical facts, and more.
(2050 views)