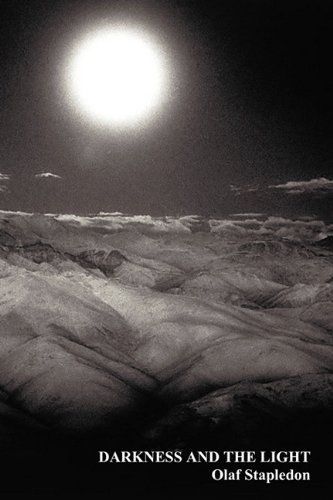 Darkness and the Light
by Olaf Stapledon

Description:
Written in the darkest days of World War II, this book focuses on the concept of the Darkness and the Light, and a decision point in the future of which path the human race will take resulting from a Tibetan Renaissance which will take place.

2120 Titus
by Razor Blade - Smashwords
A 17 km wide asteroid named 2120 Titus is heading towards a collision with Earth. A known object for over a hundred years, scientists struggle to understand why the asteroid is heading towards Earth and why it is emitting an intelligent radio signal.
(2106 views)

After London, or Wild England
by Richard Jefferies - Duckworth & Co.
Science fiction novel which describes an England of the distant future in which most of the people have died and a swamp covers the site of old London. The hero of the story sets out on a quest to win the hand of the daughter of a neighboring baron.
(8702 views)

Lord of the World
by Robert Hugh Benson - Feedbooks
Lord of the World is a 1908 apocalyptic novel by Benson. The novel imagines a socialist and humanist world where religion has been either suppressed or ignored. People have no history or hope so they often turn to euthanasia, which is legal.
(5870 views)

Prospero's Half-Life
by Trevor Zaple - Smashwords
Richard Adams loves his job -- or maybe he just wants to ignore everything that's going on outside of it. As the world rapidly turns into a plague-filled charnel house, Richard keeps on running his store as though nothing has changed ...
(4419 views)