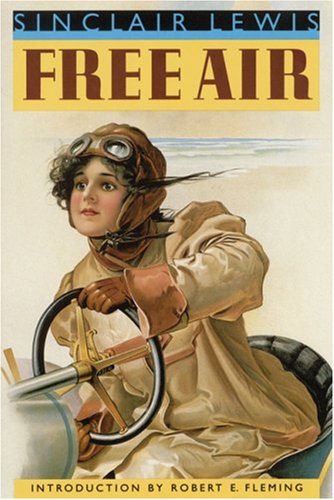 Description:
This cheerful little road novel, published in 1919, is about Claire Boltwood, who, in the early days of the 20th century, travels by automobile from New York City to the Pacific Northwest, where she falls in love with a nice, down-to-earth young man and gives up her snobbish Estate.

World So Wide
by Sinclair Lewis
The novel regards the life of Hayden Chart, a typical American living in Colorado during the post WWII years. Chart's seemingly perfect life is suddenly shattered by the death of his wife in an accident, for which cannot help but feel guilty.
(3898 views)

Our Mr. Wrenn: the Romantic Adventures of a Gentle Man
by Sinclair Lewis - Harcourt, Brace
A classic American novel by the American novelist and playwright who, in 1930, became the first American to win the Nobel Prize for literature. He was a social critic who punctured American complacency with his widely popular satirical novels.
(5204 views)

Babbitt
by Sinclair Lewis - Harcourt
Prosperous and socially prominent, George Babbitt appears to have everything. But when a personal crisis forces the middle-aged real estate agent to reexamine his life, Babbitt mounts a rebellion that jeopardizes everything he values.
(7830 views)