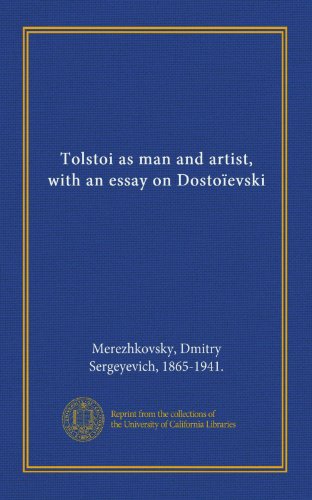 Tolstoi as Man and Artist, with an Essay on Dostoievski
by Dmitry Sergeyevich Merezhkovsky

Description:
In the case of both Tolstoi and Dostoievski, but especially in the case of Tolstoi, their works are so bound up with their lives, with the personality of each author, that we cannot speak of the one without the other. Before studying them as artists, thinkers, or preachers, we must know what manner of men they are.

Dangerous Intimacy: The Untold Story of Mark Twain's Final Years
by Karen Lystra - University of California Press
The last years of Mark Twain's life are sadly familiar: crippled by losses and tragedies, american humorist sank into a deep depression. This book recovers Twain's final years as they really were--lived in the shadow of deception and prejudice.
(12949 views)

Victor Hugo: His Life and Works
by G. Barnett Smith - Ward and Downey
This volume is a complete survey of the life and work of the most celebrated Frenchman of the nineteenth century. This is the only book which relates the full story of his life, and now traces to its close his literary career.
(7061 views)

Herman Melville, mariner and mystic
by Raymond Melbourne Weaver - George H. Doran co.
Herman Melville was an American novelist, short story writer, essayist, and poet. It was not until the early 20th century that his work won recognition, especially Moby-Dick, which was hailed as one of the literary masterpieces of world literature.
(5931 views)