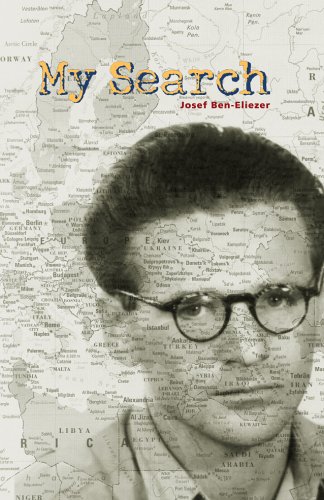 My Search
by Josef Ben-Eliezer

Description:
In a world that is increasingly torn by violence, hatred, injustice and war, is there an answer to the need of humanity? This is a fascinating account of survival against all odds, but it is more than that -- the story of one man's search for the answers to the questions that in one way or other face us all.

A Voyage to the South Sea
by William Bligh - G. Nicol
William Bligh's second book about the Bounty mutiny, with a more detailed account of the breadfruit expedition that preceded the mutiny. He enlarged on his original work, providing the complete start to finish narrative in a single volume.
(6398 views)

Nero
by C. Suetonius Tranquillus - ManyBooks
The work, written in AD 121, was the most popular work of Suetonius, Hadrian's personal secretary, and is the largest among his surviving writings. It is considered very significant in antiquity and remains a primary source on Roman history.
(7635 views)

Lives of the Noble Grecians and Romans
by Plutarch
A brilliant social history of the ancient world by one of the greatest biographers of all time. In his most famous and influential work, Plutarch reveals the character and personality of his subjects and how they led ultimately to tragedy or victory.
(12581 views)

The Young Hitler I Knew
by August E. V. Anderson - Houghton Mifflin Company
An extraordinary memoir by a man who actually met Hitler in 1904. Their passion for music created a friendship, and a roommate situation. This book deals with the darkest, perhaps the most formative, and the most interesting period of Hitler's life.
(16189 views)