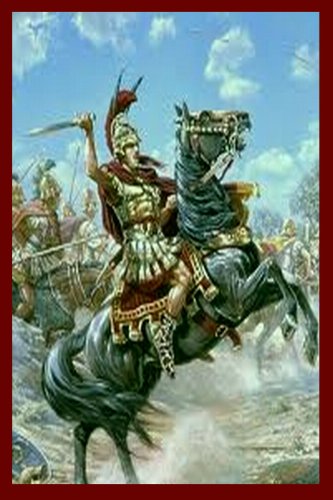 Description:
A story covering the period of Alexander the Great's principal victories: at the Granicus River, at Issus, at Tyre (Siege and Capture), and at Arabela. Besides Alexander there are various historic figures including Aristotle, Demosthenes, and Darius III.

Dangerous Days
by Mary Roberts Rinehart - Feedbooks
The darkening storm of the first World War threatens to tear apart the lives of a group of friends. At the eye of the storm is Clayton Spencer, an ambitious businessman, who must risk everything to be with the woman he loves.
(6371 views)

Shike
by Robert J. Shea
Beautiful young Taniko struggles under oppression as the mistress of the cruel Kublai Khan, and Jebu, a young monk, is transformed into a fierce warrior, in a saga of the ancient Orient during a time of bloodshed and magic.
(6059 views)

Direct Action: An Historical Novel
by Luke Hauser - GroundWork
More than 7000 people were arrested in nonviolent protests in California in 1980s, developing the art of direct action to a peak not reached again until Seattle in 1999, and in many ways never surpassed. Direct action is more than getting arrested.
(7113 views)

Battle Ground Adventures
by Clifton Johnson - Houghton Mifflin Company
Here you see the terror and pathos, the hardships and tragedy, through the eyes of those who lived where some of the greatest conflicts occurred. You see how property was destroyed and how the people not directly concerned in the fighting suffered.
(9894 views)