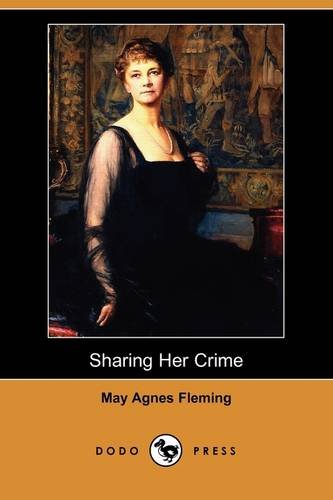 Sharing Her Crime
by May Agnes Fleming

Description:
Another of Fleming's convoluted romances, full of dark murders, evil plots, dire prophecies, mysterious foundlings and exaggerated characters. This one centers on the tempestuous Gipsy Gower, who runs roughshod over the inhabitants of the village of St. Mark's.

Soul Identity
by Dennis Batchelder - Smashwords
What if you could bank your money for your next life? Computer security expert Scott Waverly is skeptical of his new client's claim that they've been tracking souls for almost twenty hundred years. Is it a freaky cult, or a sophisticated con job?
(5248 views)

Under Two Flags
by Ouida - Chatto & Windus
Handsome young Bertie Cecil is forced to flee England when he accepts the blame for a scandal that threatens the honour of his mistress. Faking his death, Cecil heads to Algeria, where he enlists anonymously in the Foreign Legion...
(3114 views)

The Code: A Christopher Lance Thriller
by L. Jerome Word - Smashwords
Solve an unsolvable crime. Break an unbreakable code... A decade ago, Emily Stuart was America's sweetheart until the world class gymnast is murdered in her prime. But that's not all. Emily fell to a serial murderer known as the Code Killer...
(3083 views)

A Passing Curse
by C. R. Trolson - Smashwords
Homicide detective Reese Tarrant leaves the LAPD under a cloud of suspicion that he murdered serial killer Richard Lamb, dubbed by the media as the Anaheim Vampire for draining the blood from 13 women. Reese drives up the coast to Santa Marina ...
(3546 views)