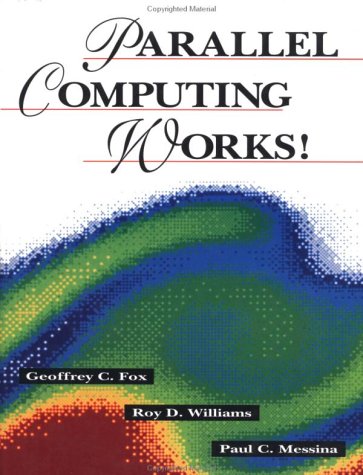 Description:
A clear illustration of how parallel computers can be successfully applied to large-scale scientific computations. This book demonstrates how a variety of applications in physics, biology, mathematics and other sciences were implemented on real parallel computers to produce new scientific results. It investigates issues of fine-grained parallelism relevant for future supercomputers with particular emphasis on hypercube architecture.

Programming on Parallel Machines
by Norm Matloff - University of California, Davis
This book is aimed more on the practical end of things, real code is featured throughout. The emphasis is on clarity of the techniques and languages used. It is assumed that the student is reasonably adept in programming and linear algebra.
(7626 views)

The Practice of Parallel Programming
by Sergey A. Babkin - CreateSpace
This book provides an advanced guide to the issues of the parallel and multithreaded programming. It goes beyond the high-level design of the applications, into the details that are often overlooked but vital to make the programs work.
(18867 views)

Parallel Programming with Microsoft .NET
by Colin Campbell, Ralph Johnson, Stephen Toub - Microsoft Press
A book that introduces .NET programmers to patterns for including parallelism in their applications. Examples of these patterns are parallel loops, parallel tasks and data aggregation with map-reduce. Each pattern has its own chapter.
(12880 views)