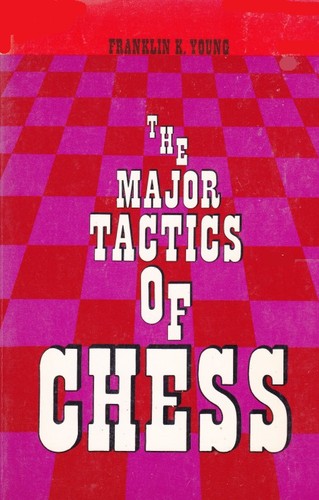 The Major Tactics of Chess
by Franklin Knowles Young

Description:
Written in 1898, the stated purpose of this book is to elucidate those processes upon which every ruse, trick, artifice, and strategem known in chessplay, is founded; consequently, this treatise is devoted to teaching the student how to win hostile pieces, to queen his pawns, and to checkmate the adverse king. All the processes are determinate, and if the opponent becomes involved in any one of them, he should lose the game.

The Art of Chess
by James Mason - Horace Cox
This book is really a complete reference of all aspect of the game and suitable for beginners and casual players. Combinations are analyzed and presented in a practical way, making it easier to discover patterns and see moves ahead more clearly.
(9573 views)

Chess Opening Theory
- Wikibooks
The opening of a game of chess is a battle between two equally matched armies. There is no method that will secure one player a decisive advantage independent from what his opponent does. If there were, no one would play chess.
(7494 views)

Chess History and Reminiscences
by Henry Edward Bird
This work is but a condensation of a much larger one, containing the result of what can be discovered concerning the origin and history of chess, combined with some of my own reminiscences of 46 years past both of chess play and its exponents...
(4973 views)