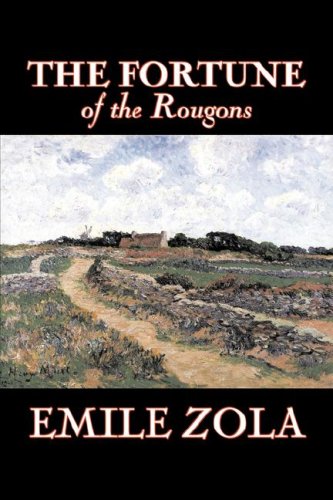 The Fortune of the Rougons
by Emile Zola

Description:
The first of a series of more than twenty novels, The Fortune of the Rougons presents the passions and conflicts of two families -- one wealthy and aiming at the aristocracy, the other working-class and in desperate poverty -- in a French village in the years leading up to Napoleon III's coup against the weak French republic and the triumph of his Second Empire.

Theresa Raquin
by Emile Zola
The novel caused a scandal when it appeared and brought its author a notoriety that followed him throughout his life. Zola's novel is a portrayal of adultery, madness, ghostly revenge, and an exploration of the darkest aspects of human existence.
(3880 views)

Nana
by Emile Zola - Project Gutenberg
This novel, first published in 1880, tells the story of ruthless protagonist Nana's rise from the gutter to the height of Parisian society. The book's heavy allusion to sexual favors caused it to be denounced as pornography upon publication.
(9988 views)

The Downfall
by Emile Zola - Project Gutenberg
Zola tells the story of a terrific land-slide which overwhelmed the French Second Empire: It is a story of war, grim and terrible; of a struggle to the death between two great nations. The result is one of the masterpieces of literature.
(4447 views)

The Soil
by Emile Zola - Vizetelly
The Soil, around which a great controversy has raged, is a novel which treats of the conditions of life in France before the war with Prussia, and the downfall of the Second Empire. It is, in some respects, the most powerful of all Zola's novels.
(5538 views)