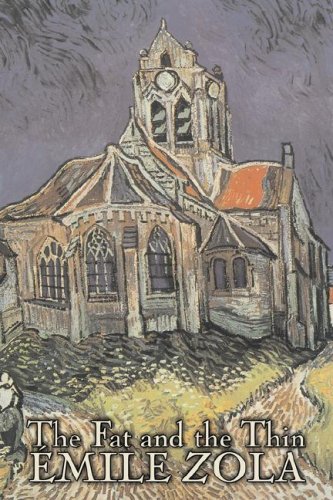 The Fat and the Thin
by Emile Zola

Description:
The Fat and the Thin is a study of the teeming life which surrounds the great central markets of Paris. The heroine is Lisa Quenu, a daughter of Antoine Macquart. She has become prosperous, and increasingly selfish. Her brother-in-law Florent has escaped from penal servitude in Cayenne and lives for a short time in her house, but she becomes tired of his presence and ultimately denounces him to the police.

Nana
by Emile Zola - Project Gutenberg
This novel, first published in 1880, tells the story of ruthless protagonist Nana's rise from the gutter to the height of Parisian society. The book's heavy allusion to sexual favors caused it to be denounced as pornography upon publication.
(9855 views)

The Soil
by Emile Zola - Vizetelly
The Soil, around which a great controversy has raged, is a novel which treats of the conditions of life in France before the war with Prussia, and the downfall of the Second Empire. It is, in some respects, the most powerful of all Zola's novels.
(5430 views)

The Downfall
by Emile Zola - Project Gutenberg
Zola tells the story of a terrific land-slide which overwhelmed the French Second Empire: It is a story of war, grim and terrible; of a struggle to the death between two great nations. The result is one of the masterpieces of literature.
(4328 views)