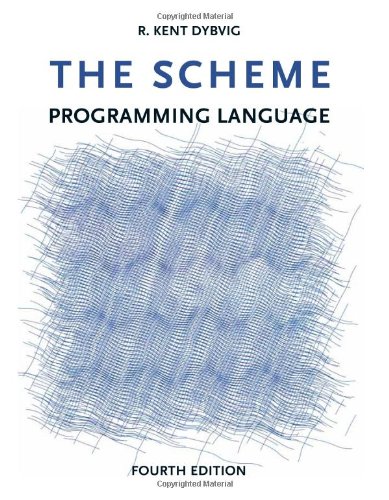 Description:
This book covers the language of the Revised Report. It is not intended to supplant the Revised Report but rather to provide a more comprehensive introduction and reference manual for the language, with more explanatory text and examples, suitable more for users than for implementors. Features specific to particular implementations of Scheme are not included.

Scheme 9 from Empty Space
by Nils M Holm - Lulu Press
The book reproduces C and Scheme source code to an interpreter for a broad subset of the Scheme programming language. By means of extensive annotations, examples, and numerous figures, it answers a lot of questions about crafting an interpreter.
(12599 views)

Write Yourself a Scheme in 48 Hours
by Jonathan Tang - Wikibooks
You'll start off with command-line arguments and parsing, and progress to writing a fully-functional Scheme interpreter that implements a good-sized subset of R5RS Scheme. Along the way, you'll learn Haskell's I/O, mutable state and dynamic typing.
(12741 views)

How to Use Scheme
by M. Felleisen, R. Findler, M. Flatt, S. Krishnamurthi, P. Steckler
This tutorial bridges the gap between the basic steps of how to design programs and how to design large programs. It will introduce you to some basic ideas, such as file input and output, to more advanced things, such simple GUI design.
(15638 views)