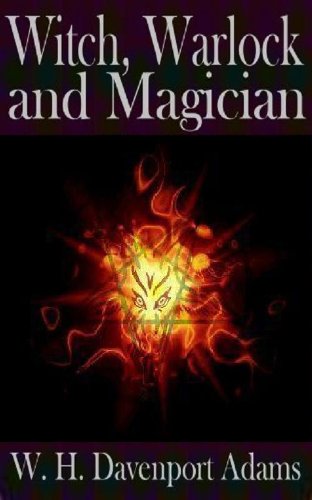 Description:
The author gives a general introduction to alchemy in Europe and traces the development of magic and alchemy in England from the fourteenth century onwards. W. H. Davenport Adams (1828-91) established a reputation for himself as a popular science writer, translator and lexicographer.

Chronicles of the House of Borgia
by Frederick Rolfe - G. Richards
From 1455 to 1572, Borgia sprang to the pedestal of fame ; leaping at a bound, from little bishoprics and cardinalates, to the terrible altitude of Peter's Throne ; producing, in those few years, two Popes, and a Saint and General of Jesuits.
(9738 views)

Henry IV, Makers of History
by John S. C. Abbott - Project Gutenberg
There is no portion of history fraught with more valuable instruction than the period of those terrible religious wars which desolated the sixteenth century. There is no romance so wild as the veritable history of those times.
(8717 views)

Wall Street and the Rise of Hitler
by Antony C. Sutton - G S G & Associates
This book describes the role of the Wall Street financial elite in the 1933 seizure of power by Adolf Hitler in Germany. Contemporary academic histories, with perhaps the sole exception of Carroll Quigley's Tragedy And Hope, ignore this evidence.
(13385 views)

Pompeii, Its Life and Art
by August Mau - The Macmillan Company
For twenty-five years Professor Mau has devoted himself to the study of Pompeii, spending his summers among the ruins and his winters in Rome. He holds a unique place among the scholars who have given attention to Pompeian antiquities...
(5456 views)