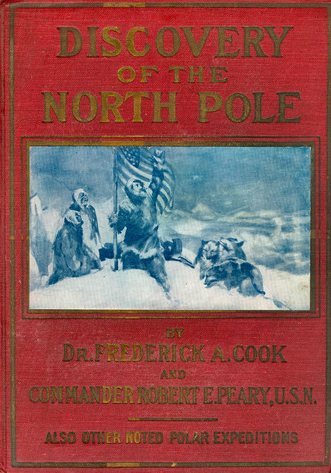 Discovery of the North Pole
by J. Martin Miller

Description:
An interesting discussion of the race to the North Pole by Peary and Cook, and the subsequent debate of who got there first. Also contains a good history of previous attempts to reach the Pole and the perils of polar exploration.

Vitus Bering: the Discoverer of Bering Strait
by Peter Lauridsen - S. C. Griggs & Co.
Vitus Bering (1681-1741) was a Danish-born Russian navigator. Published in English translation for the American market in 1889, this sympathetic biography by the historian and geographer Peter Lauridsen, had originally appeared in Danish in 1885.
(5556 views)

The Great Navigators of the Eighteenth Century
by Jules Verne - Duckworth Publishers
Verne recounts the voyages of various European navigators to all parts of the globe. He gives detailed accounts of the explorers' climactic and navigational hazards, and their discoveries, conveying the sense of adventure enjoyed by the explorers.
(12209 views)

Principal Navigations, Voyages, Traffiques and Discoveries of the English Nation
by Richard Hakluyt
Topics: Voyages to the North and North East, from Arthur's Expedition to Norway to the Expedition to Cadiz; Voyages to the South and South East, beginning with that of the Empress Helena to Jerusalem; West Indies in 1170; voyages of Columbus; etc.
(7328 views)