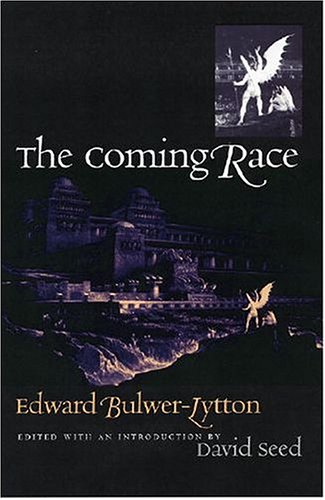 The Coming Race
by Edward Bulwer-Lytton

Description:
Climbing through the recesses of a mine, an English man falls into a deep chasm and finds himself suddenly trapped in a subterranean world inhabited by an ancient race of advanced beings. An evolutionary fantasy first published in 1871, the story draws upon ideas of Darwinism to describe a near future world characterized by female dominance, physical perfection, and vast technological progress.

Thicker Than Blood
by M. A. Newhall - Lulu.com
The flip of a switch gives Joe superhuman abilities. He discovers his new powers after his aunt saves his life with restricted nanites. When his secret is discovered, everyone he knows is thrust into a world of deception and treason.
(4290 views)