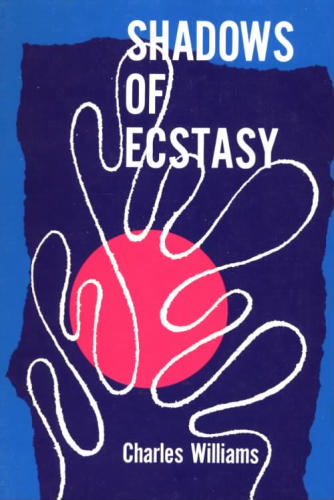 Shadows of Ecstasy
by Charles Williams

Description:
Shadows of Ecstasy tells of a mysterious invasion that threatens Europe from Africa. United in a fanatic crusade against death, the spiritual powers of the 'Dark Continent' rise up with exultant paganism. Williams had a genius for choosing strange and exciting themes for his novels.

Demon Lord
by T C Southwell - Smashwords
Seven blue wards have imprisoned the Black Lord in the Underworld for aeons. Now he has stolen a human child and made him a mortal god. After eighteen years of torturous training, Bane sets forth to break the wards with aid of a dark army...
(6175 views)

Nina Kimberly the Merciless
by Christiana Ellis - Dragon Moon Press
She's on a mission to kill the man who loves her. Why? Because he's an idiot. Ten years ago, Nina was cheated out of the life of adventure that she truly deserves. Her father met his first and only defeat at the hands of, well... a gopher hole.
(9325 views)

One; Betrayal
by Christopher Ames - maybeepic.com
With a worsening shortage of food and threats of war from a rival tribe, the survival of the Stone Axe clan must come before others. Faced with dirty tactics desperate measures have become commonplace, and drawing the line long forgotten.
(8714 views)