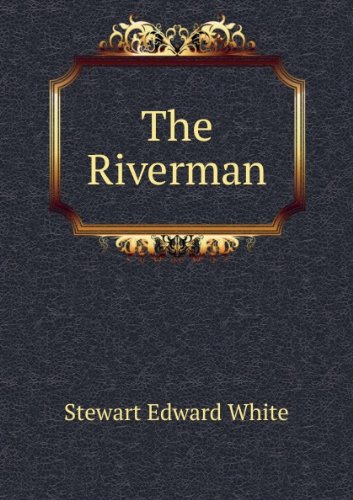 The Riverman
by Stewart Edward White

Description:
This novel is a rugged adventure from a time when men had to work for a living. The story of a man's fight against a river and of a struggle between honesty and grit on the one side, and dishonesty and shrewdness on the other.

King of the Gun Trail
by Franklin D. Lincoln
Exciting western adventures of secret agent Jack Clayton and his black stallion Regret as they fight America's worst enemies in the late 1870's, seeking justice for all and forging a nation where all its citizens can be proud to be Americans.
(6410 views)

Gold
by Stewart Edward White - Doubleday, Page & Company
I decided to join the gold rush to California in the year 1849. It was in the air; and I was then of a romantic and adventurous disposition. The land was infinitely remote; and then, as now, romance increases as the square of the distance.
(6145 views)

Cabin Fever
by B.M. Bower - ManyBooks
If you would test the soul of a friend, take him into the wilderness and rub elbows with him for five months. Either you will hate each other forever afterwards, or you will be close, unquestioning friends to the end of your days...
(4273 views)

The Last of the Mohicans
by James Fenimore Cooper - John W. Lovell
The classic adventure with the wild rush of action: a brave woodsman and his Mohican friends involved in the battles of the French and Indian War, the abduction of beautiful girls, the ambush of innocent settlers, and the final tragic confrontation.
(12379 views)