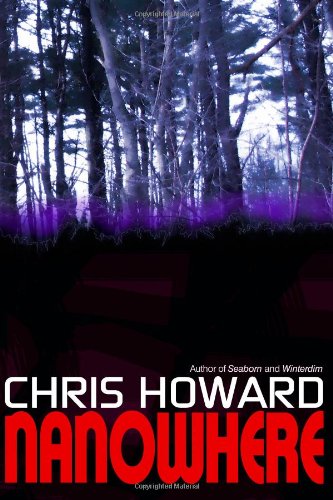 Description:
Kaffia Lang's an experienced hacker. She's cautious, but her inability to turn down any network cracking challenge often leads her and anyone with her into danger. Alex, a geeky skater, new at school, works his way into the mysterious technological world she's created. He doesn't know whether he loves her or fears her, but he's forced to choose when he finds himself caught in a tangle of revenge, and Kaffia's life hangs on every decision he makes.

Homeland
by Cory Doctorow - Tor Teen
California's economy collapses, but Marcus's past lands him a job as webmaster for a crusading politician who promises reform. Masha emerges from the political underground to gift him with a thumbdrive containing evidence of corporate perfidy.
(5653 views)

NetherWorld
by Daniel Pagan - Bibliotastic.com
Nick unwittingly opens a portal from planet Karbonon to NetherWorld; a parallel universe that exists inside his computer. Filled with strange and sometimes hilarious creatures, Nick is convinced that he is stuck in some kind of dream.
(5932 views)

Roo'd
by Joshua Klein - ManyBooks
Novel about a teenage boy with two prosthetic legs and a band of misfit body-modders, shamanistic computer hackers, and pharmaceutically psychotic bioscientists. It's also an exploration of someone coming to grips with what they truly love to do.
(5455 views)

Freedom Incorporated
by Peter Tylee - ManyBooks
Corporations control the world, technology allows instantaneous travel, and the ultimate in branded living has arrived: microchip implants for all. But the new era, while peaceful on the surface, comes with a staggering price - individual freedom.
(5000 views)