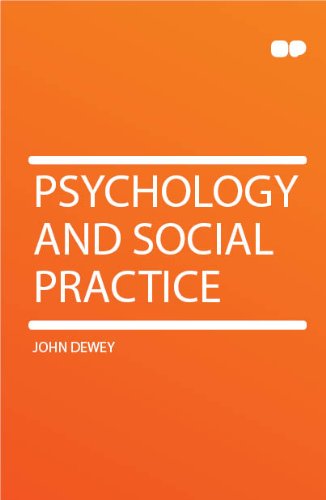 Description:
In coming before you I had hoped to deal with the problem of the relation of psychology to the social sciences -- and through them to social practice, to life itself. Naturally, in anticipation, I had conceived a systematic exposition of fundamental principles covering the whole ground, and giving every factor its due rating and position.

Psychology of Space Exploration
by Douglas A. Vakoch - NASA
Contemporary research in historical perspective. This e-book explores some of the contributions of psychology to yesterday's great space race, today's orbiter and International Space Station missions, and tomorrow's journeys beyond Earth's orbit.
(8823 views)

The Varieties Of Religious Experience: A Study In Human Nature
by William James - Longmans
Considering religion as it is felt in everyday life, James undertook a project that stands not only as one of the most important texts on psychology ever written, but for many critics one of the best works of nonfiction written in the 20th century.
(16987 views)

The Interpretation of Dreams
by Sigmund Freud - Macmillan
This book outlines Freud's theory of unconscious forces in the context of dream analysis. Introducing the id, the superego, and the ego, Freud advanced scientific understanding of the mind by exposing motivations invisible to our consciousness.
(20597 views)

Human Nature and Conduct
by John Dewey - Henry Holt & Co.
Influential work by the great educator/philosopher maintains that the key to social psychology lies in an understanding of the many varieties of habit; individual mental activity is guided by subordinate factors of impulse and intelligence.
(7334 views)