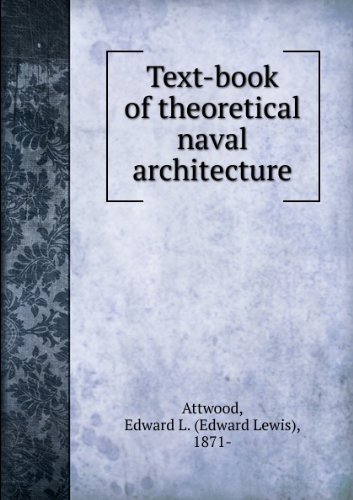 Description:
This book has been prepared in order to provide students and draughtsmen engaged in Shipbuilders' and Naval Architects drawing offices with a text-book which should explain the calculations which continually have to be performed.

Nautical Charts
by G. R. Putnam - J. Wiley
A considerable portion of the human race is interested directly or indirectly, whether as mariners or passengers or shippers, in navigation upon the sea. This book covers the general subject of nautical charts, their origin, construction, and use.
(6261 views)

Shipbuilding from its beginnings
by Emile van Konijnenburg
May this book add its mite to a knowledge of the gradual evolution of shipbuilding; may it also cause to disappear this ridiculous way in which ancient ships used to be represented and, most of all, may it awaken the love for the building of ships.
(6173 views)

Shipbuilding for Beginners
by Andrew Williams Carmichael
This booklet is issued for use by workmen engaged in building ships. Written in simple language and illustrated with clear diagrams, it will serve both as a guide to the activities of a modern American shipyard and a stimulus to patriotic service.
(9353 views)