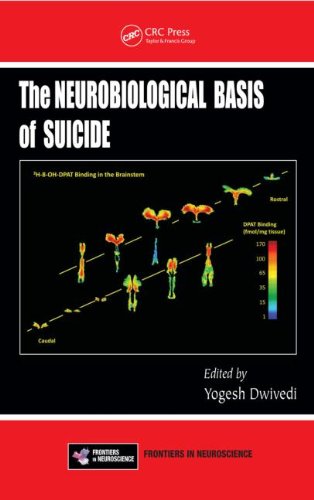 The Neurobiological Basis of Suicide
by Yogesh Dwivedi

Description:
With recent studies using genetic, epigenetic, and other molecular and neurochemical approaches, a new era has begun in understanding the pathophysiology of suicide. Emerging evidence suggests that neurobiological factors are not only critical in providing potential risk factors but also provide a promising approach to develop more effective treatment and prevention strategies.

The Physics of Hearing
by T. Reichenbach, A. J. Hudspeth - arXiv
To detect and process sound, the ear employs a highly nonlinear, adaptive, real-time spectral analyzer: the cochlea. Sound excites vibration of the eardrum and the three miniscule bones of the middle ear, the last of which acts as a piston ...
(6207 views)

Biology of the NMDA Receptor
by Antonius M Van Dongen - CRC Press
This book covers many aspects of the biology of NMDARs: their role in controlling of synapses and neurons during early development; how overstimulation of NMDARs results in excitotoxicity and contributes to several progressive brain disorders.
(9082 views)

Neural Grafting: Repairing the Brain and Spinal Cord
- US Congress Office of Technology Assessment
This book discusses the field of neural grafting into the brain and spinal cord to treat neurological disorders. It describes the technology of neural grafting, the neurological conditions that it may be used to treat, and the affected populations.
(4628 views)