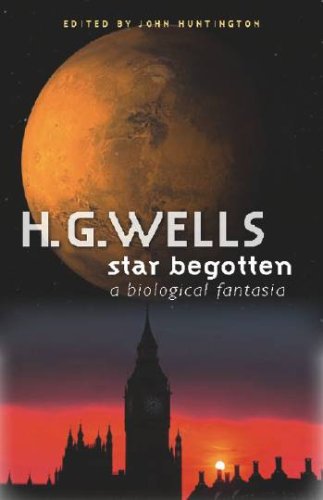 Description:
In his 1898 War of the Worlds, H. G. Wells imagined aliens from Mars descending to Earth with violent intentions. In Star Begotten, first published in 1937, the suspicion arises that the Martians may have returned -- this time using cosmic rays to alter human chromosomes.

The Research Magnificent
by H. G. Wells - Macmillan
The story of W. P. Benham is the story of a man who was led into adventure by an idea. It was an idea that took possession of his imagination quite early in life, it grew with him and changed with him, it interwove at last completely with his being.
(2223 views)

When the Sleeper Wakes
by H. G. Wells
A dystopian science fiction novel about a man who sleeps for two hundred, waking up in a completely transformed London. The main character awakes to see his dreams realised, and the future revealed to him in all its horrors and malformities.
(1846 views)

Tono Bungay
by H. G. Wells - The Macmillan Company
Presented as a miraculous cure-all, Tono-Bungay is in fact nothing other than a pleasant-tasting liquid with no effects. When the young George Ponderevo is employed to market this medicine, he finds his life overwhelmed by its sudden success.
(3102 views)

Twelve Stories and a Dream
by H. G. Wells - Macmillan and co.
A collection of short stories by H. G. Wells. His normal mixture of science and speculative fiction includes these stories: The Magic Shop; The Truth About Pyecraft; The Story of the Inexperienced Ghost; The New Accelerator; The Stolen Body; etc.
(9501 views)